If you already have the Ender 5, you could be wondering what upgrades were made to the pro version and if you should consider spending extra to get it.

Through this 2019 Official Best Creality Ender 5 Pro 3D Printer Complete Review Guide, you will get all the answers that will help you make the right decision. 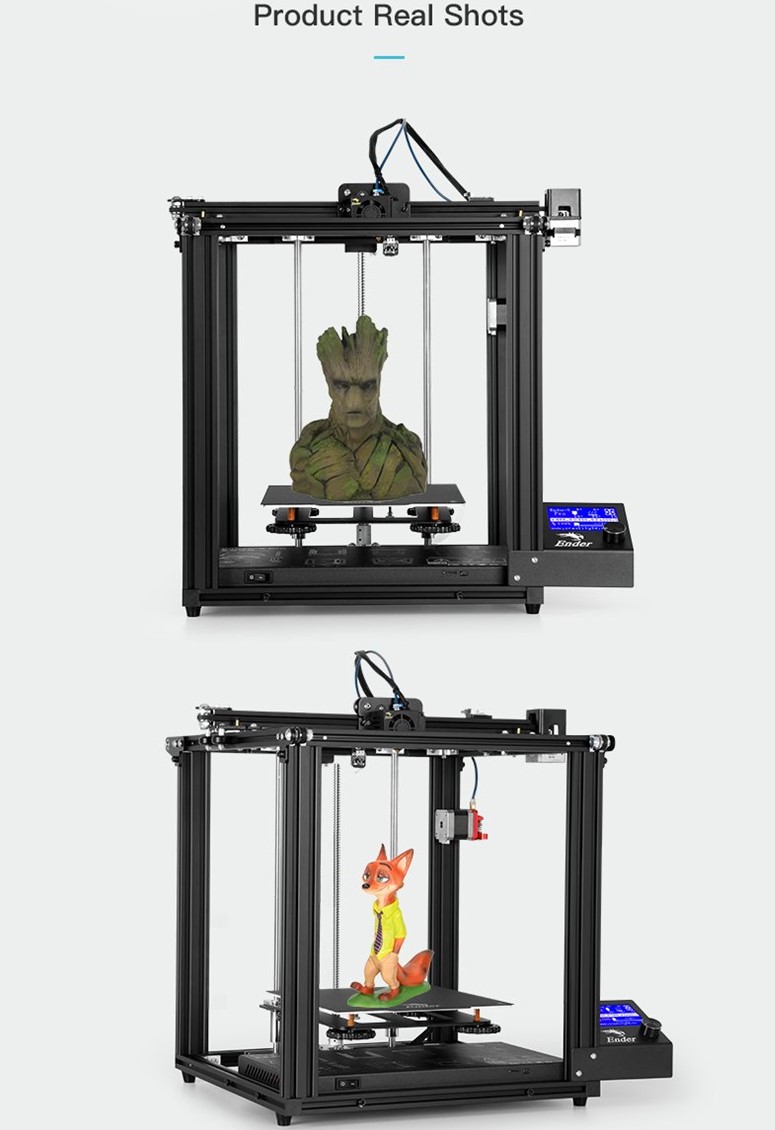 Most of the features of the Ender 5 Pro are similar to what you would get from the previous model.

Also, you still get the 45-degree angle display screen attached to the side of the aluminum frame, and a Meanwell 350W / 24 V power supply that quickly heats the print beat to up to 135oC.

The Ender 5 Pro boasts of a 260oC nozzle temperature which makes it compatible with a wide array of filaments. One of the most notable improvements in this version is its print quality.

Y-axis motor, which concurrently directs both sides of the gantry to create a smoother overall movement

One of the best features of the Ender 5 is the fact that it can be easily assembled without the help of a professional. Luckily, that features still remains unchanged in the pro model.

It comes with pre-assembled axes that make it relatively easy to build. All you need to do is attach the Z-axis to the base and wire up the printer and you’re almost ready to print. This process shouldn’t take you more than 30 minutes from start to finish. 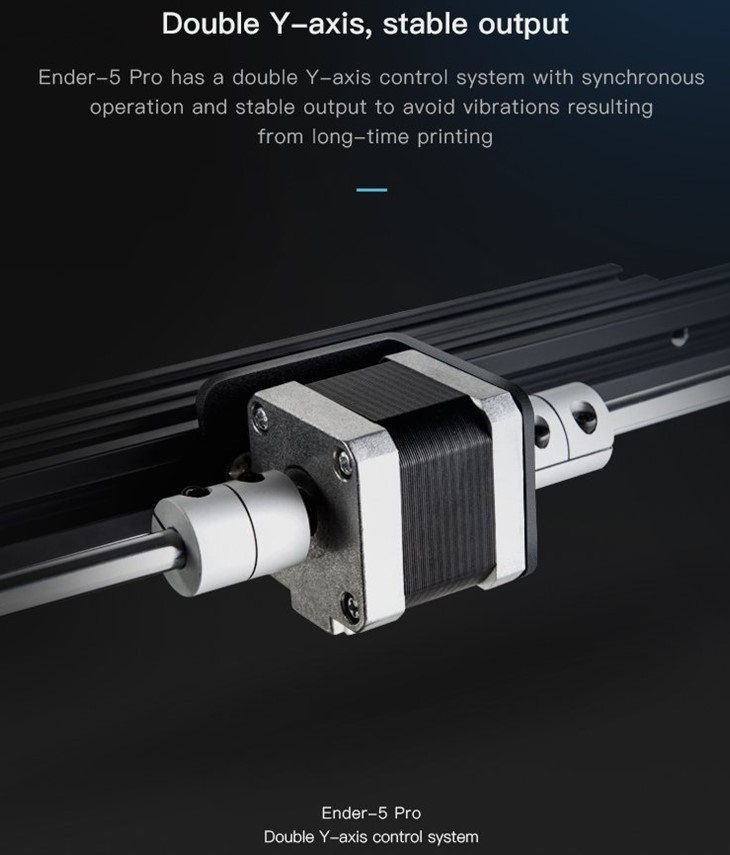 A unique feature of the Ender 5 Pro is its ability to reduce any potential vibrations that could lead to errors in your 3D prints.

It does this through a double Y-axis control system which simultaneously directs both sides of the gantry to create a smoother overall movement.

Still on the print area, the Ender 5 Pro also features more print area on the Z-axis than you would get from the original Ender 5.

There are more impressive upgrades you can find on the Creality Ender 5 Pro. One of those upgrades is its flexible magnetic print bed. This bed can easily be detached from the build plate, allowing prints to be removed with ease.

Also, the print bed is self-adhesive, so you can quickly mount it back on the build plate after a print job and prepare for a new project.

One important thing to note is that the Ender 5 Pro has fewer upgrades than you would expect. Most of its features remain unchanged, however, the manufacturer did throw in a few surprises that should make the pro version worth the extra bucks. 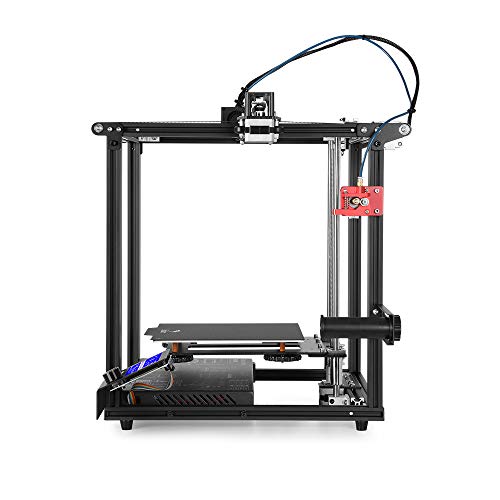 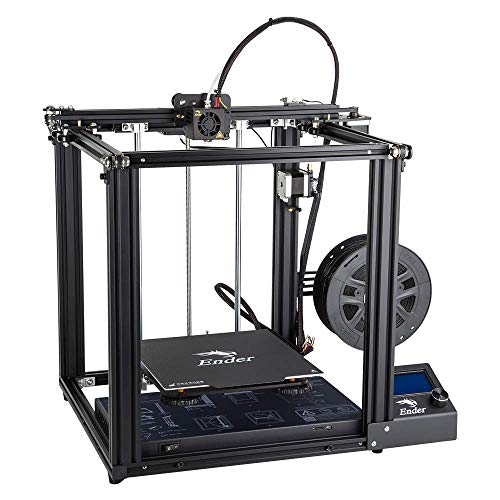 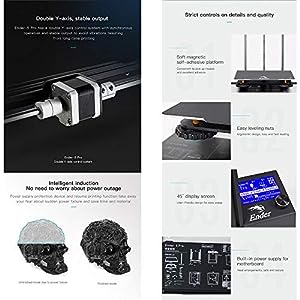 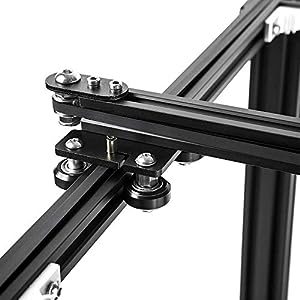 Also, the mainboard provides additional protection through its thermal runaway protection functionality. This could help in the eventuality that the printer reaches extremely high temperatures. 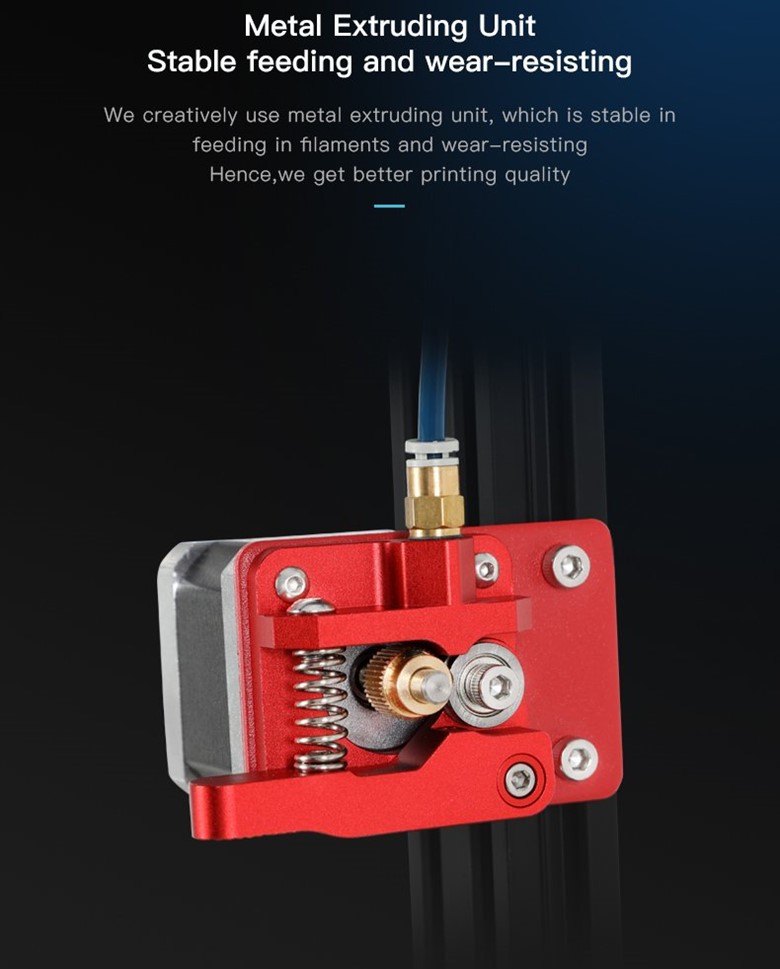 Other notable upgrades are the highly durable metal extruder frame and an improved filament.

These upgrades provide assistance in the areas of pressure and keep the filament stead while inside the tube.

Is the Ender 5 Pro Best Creality 3D Orinter Worth It?

To get the Ender 5 Pro, you would have to pay $30 more than the original. While this is a fair increase since the pro model only has a few upgrades, you might want to consider your 3D printing needs first.

Upgrades like additional flexibility when it comes to filament selection, silent printing performance and improved safety features make the Ender 5 pro the best buy for those who have extra cash to spare.

If you’re going to constantly render 3D projects, then you probably need to ditch the Ender 5 and get yourself the Creality Ender 5 Pro.

But if you’re a frugal spender, and you don’t think these new features on the Ender 5 Pro would do you any good, then it is best for you to stick to the Creality Ender 5.

Which 3d printer should I buy? Which shop is the best choice, with low prices?  to make it easy for you to get save money.

You can buy the Creality Ender 5 Pro from Creality official store, and Amazon store.

If you’re looking for a 3D printer for either hobby or business use, it’s hard and hard painful to buy just any one without reviewing the device.

We have take our time to review above the  best creality 3d printer you may consider buying for you business or hobby.

We will be happy to hear your thoughts

Compare Apple Watch 5 VS 4 series. Which one is Worth Buying?